The willingness
to be vulnerable
is the access
to freedom

THE WILLINGNESS TO BE VULNERABLE IS THE ACCESS TO FREEDOM

Joel Holc is an energy awareness coach and an emerging author in the healing arts. His book, The Eggshell Effect, reveals the story of how he discovered the source of his lifetime of illness, and how he powerfully transformed his health beyond the limitations set for him by the conventional medical establishment. In his book, and in his work with clients, he creates a space for others to become self-aware, in a way that enables them to tap into their energy source, a source that empowers them to choose freely throughout their life’s journey.

Joel discovered his approach to self-healing while battling a severe auto-immune disease, one that had conventional medical practitioners diagnose him with a lifetime in a wheelchair. His transformation is based around the altering of his lifestyle, which includes a plant based diet, spiritual awareness and connection, and emotional growth, This is leaps and bounds from his health as a boy.

Born in Argentina in 1967, the son of a holocaust survivor, he and his family emigrated to Israel when he was three years old, growing up in a kibbutz, In his 20s, he traveled the worlds of South America, Europe and the U.S., settling in Pittsburgh via New York. He has two grown children, starting on journeys of their own.

Joel is a long-time entrepreneur, having worked in real-estate and in-home sales. He now owns a marketing network firm but his critical focus is providing energy awareness to others. In this awareness, he provides insights and tools for others to seek and find their own healing. 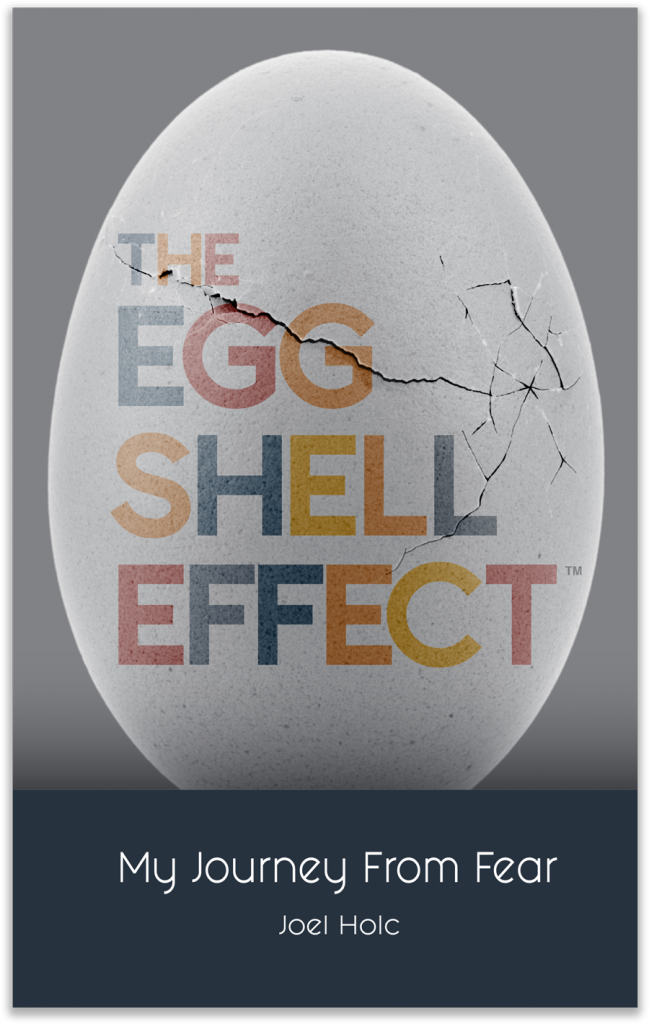 “The Eggshell Effect” is a phenomenon that all human beings can fall prey to, as did Joel Holc. It is an all-encompassing state of being, leaving one protected from the world, yet severely limited in life. Through an acute awareness of self, Joel has managed to break through the eggshell with his greatest weapon… love. Armored in this love, he has overcome great adversity in life through the power of awareness, which he shares with you in these chapters.​

Uncover your limitations in life and gain access to freedom over anything that comes your way. Get to the source of, what it is to be human and the constrained ways of being that we all inherit. The story he shares and the affirmations he offers will open doors for you, leading you to your own path.

Connect with Joel, find out about book releases, speaking events and updates from Joel.